Jan and I took a ferry out to the Dry Tortuga's National Park this past week, 70 miles sw of Key West. Discovered by Ponce de Leon in 1513, the name “Dry” Tortugas was given to the island to indicate to other mariners that the land mass lacked fresh water, which was an extremely important detail for seafarers to know. The area is known for its treacherous reefs, and in 1825 a lighthouse was built on Garden Key to warn ships and guide them toward safety. The lighthouse remains a historic icon of the Dry Tortugas.

Jan went snorkeling in the chilly 70 degree water with one flipper due to her sprained foot/ ankle. She was so thrilled to get in the ocean! 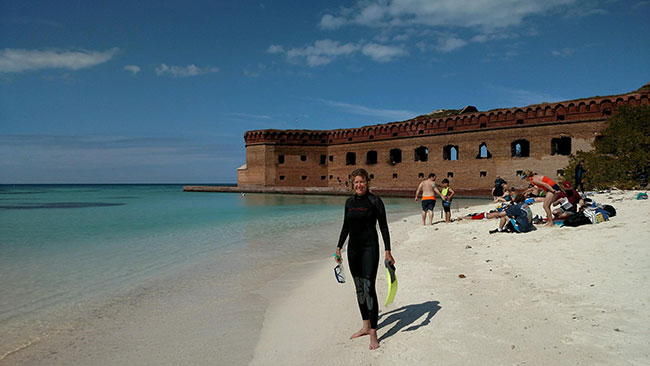 Pictured below is one of the many cannons that was installed to protect Fort Jefferson on the Garden Key. This cannon is on top of the fort. 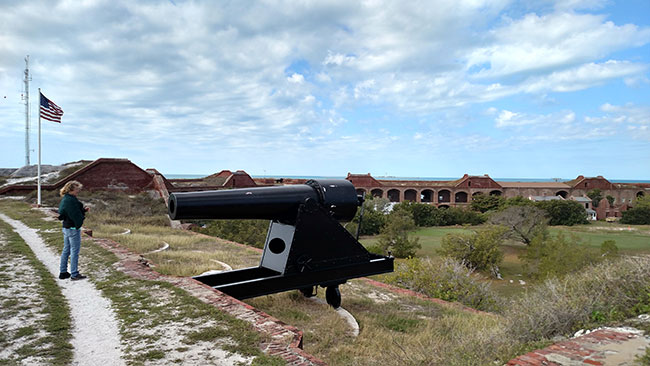 Pictured below: Inside Fort Jefferson which is the largest brick masonry structure in the Americas. Construction began in 1846 but was never finished. The purpose of the fort was to protect shipping in the area, although the fort weaponry never had to be used. It was an amazing tour! 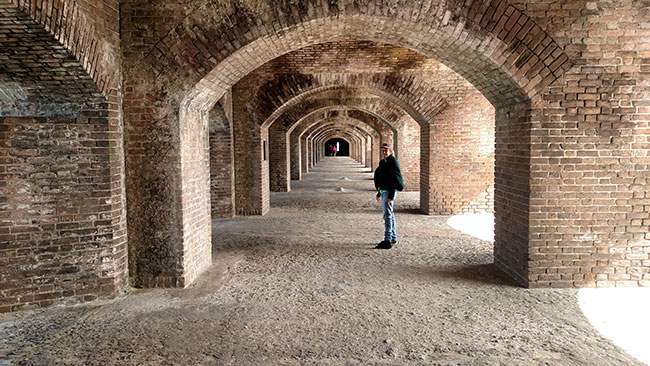